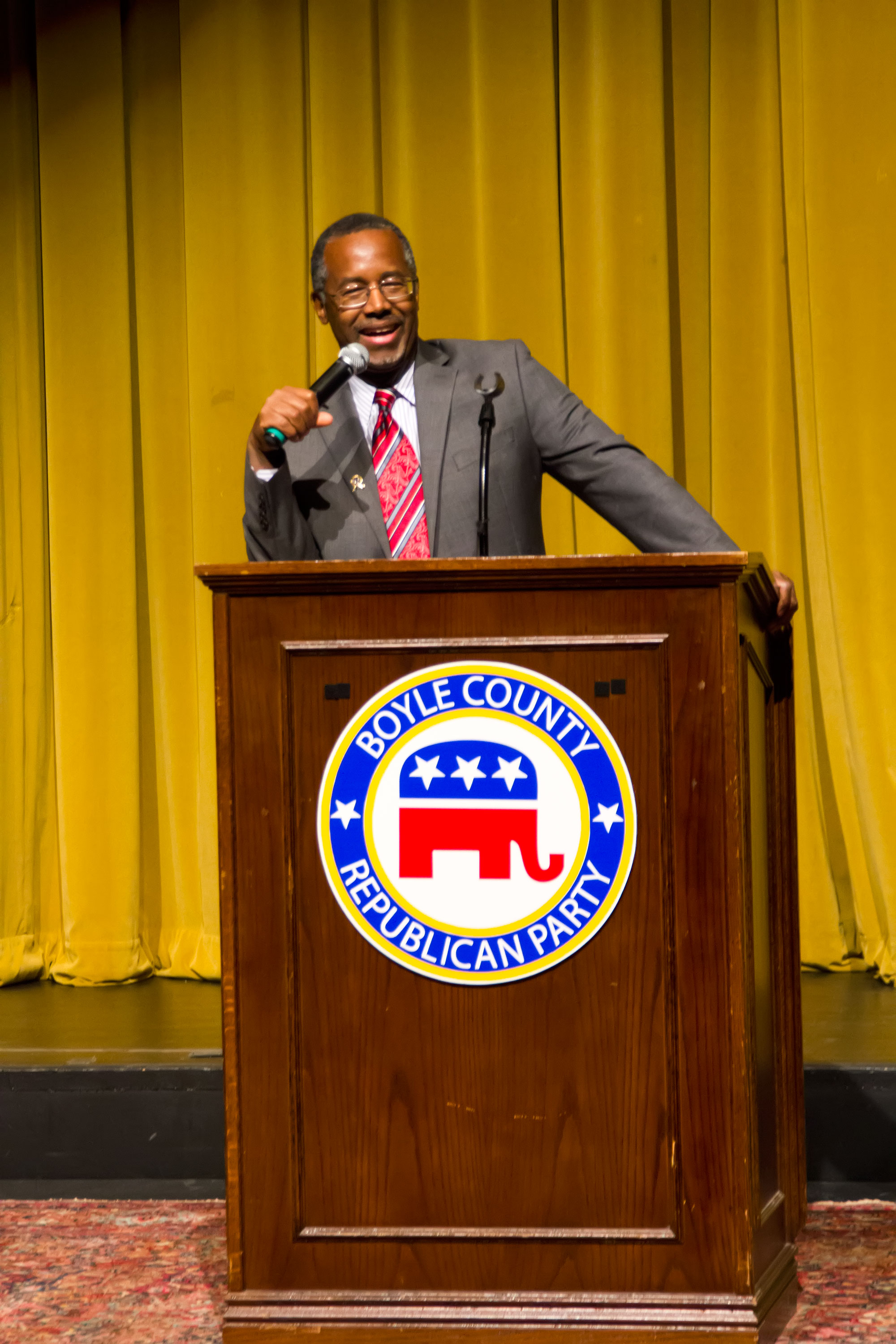 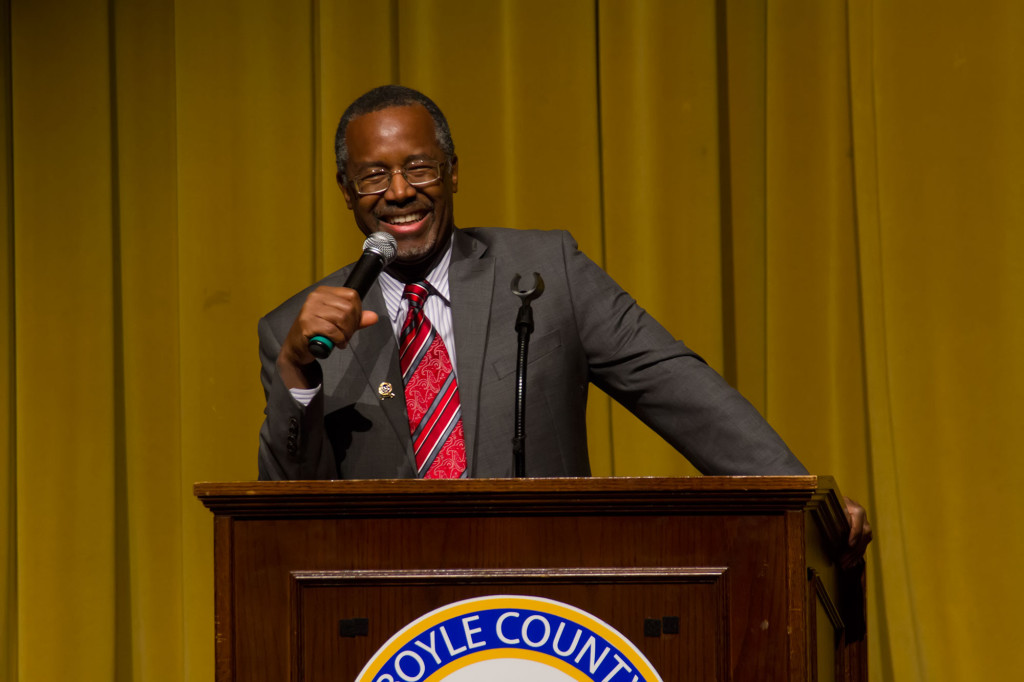 Dr. Ben Carson was as genuine, kind, respectful and considerate of those in attendance at the Boyle County Republican Party’s event as he appears to be on TV, in video clips on the Internet, in interviews and in his books. This gentle, intellectual giant met his fans before the event at a reception in the lobby of the Norton Center for the Arts. Yes, fans. I don’t know what else to call them. They thronged around him, eager to be near him, to talk to him, to shake his hand, and have a photo made with him. The excitement of having him here was thick in the air. Even as people pushed in offering him no hint of personal space, he remained polite and eager to speak with each and every one.

He’s brilliant, which you would expect from a brain surgeon, but he’s down-to-earth, which isn’t a “given” 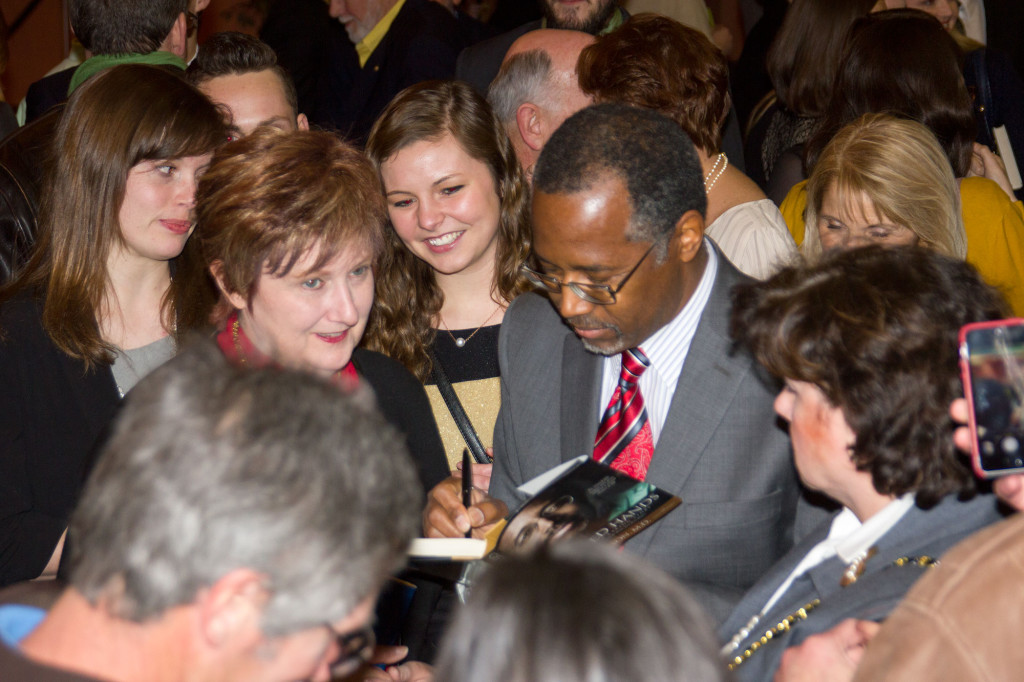 His passion for healthcare, for education, for fiscal responsibility, and for the power of these United States is evident in his words, his examples, his ideas and his stories. He is a soft-spoken powerhouse — an opinionated man who does not back down.

Carson said he is NOT “politically correct” and he doesn’t want to be. He states his own views with conviction and grace. He interwove his own experiences growing up with the history of our country and quips on the human condition to deliver his message and his dismay with the current direction of America — and what he thinks we need to do individually and collectively to change that direction.

Some of my favorite quotes from this evening’s speech:

During the course of his speech, he encouraged the audience to embrace approaches to improving the workforce and improving the number of people gainfully employed. He offered his ideas on how to eliminate the IRS and create a fair tax system that will work for everyone. He explained how to create a health care system that will encourage efficiency in the medical industry and get more people the access to health care they need for less money.

Carson’s speech ended with a standing ovation from the audience. It appeared his message was a popular one — one that hit home with the individuals in attendance. I think everyone was humbled in his company, simply because he was both humble and forthright. This evening was amazing — one of the best evenings I have enjoyed in ages — hands down.

Thank you, Dr. Carson, for visiting us in Danville, Kentucky! And thank you to the hard-working members of the Boyle County Republican Party, to our donors, attendees, and supporters all of whom made it possible!

(To see more photos of the event, visit our Events Page and our Facebook Page!)