We Need Volunteers (We Need YOU!) 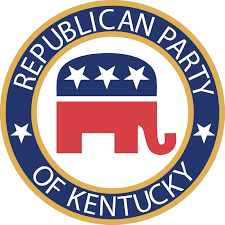 Democratic candidate for Commissioner of Agriculture Jean-Marie Lawson Spann and her father, Sam Lawson, have been illegally using corporate resources to help her campaign, according to a Kentucky Registry of Election Finance complaint filed Thursday by the Republican Party of Kentucky (RPK).

The complaint provides transcripts from episodes of the ‘Jean Marie Ag Show’ from July 13th through September 21st that show Sam Lawson reading recaps of his daughter’s campaign activities from the previous week and reporting support she has received in her campaign for Agriculture Commissioner.

According to the Kentucky Secretary of State Website, Lawson Marketing was incorporated in 2012 and Sam Lawson and Jean-Marie Lawson Spann currently serve as President and Vice-President.  Kentucky law bans corporations from contributing to political campaigns.

“Every Kentuckian should be concerned by the fact that the Lawsons have so callously disregarded the law in a desperate attempt to gain power.  This is a very serious issue and we urge the Registry to act quickly to investigate these allegations,” said Biagi.  “While I realize the wheels of justice turn slowly, in the meantime, it’s important that the voters of Kentucky know about Mrs. Lawson Spann’s actions that should disqualify her from office.”

A copy of the complaint is attached here.