Want To Vote in the Kentucky Caucus? 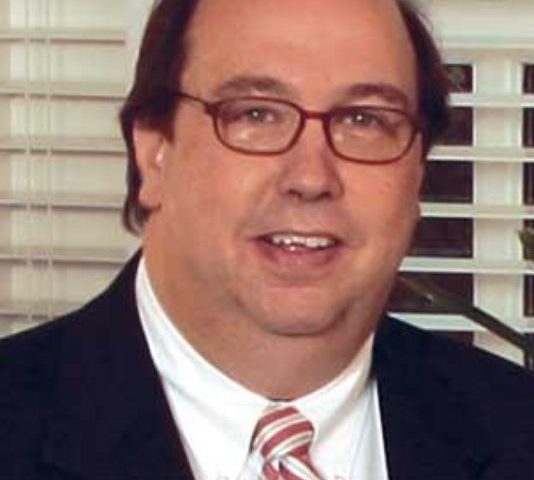 J. McCauley “Mac” Brown is Vice President of Brown-Forman Corporation, with responsibilities that include a wide and varied range of business planning, family governance, and strategic topics, and he serves as a member of the Corporate Strategy Council and past member of the B-F / Brown Family Committee. He has also led and been involved in many philanthropic organizations in Kentucky.

“I am humbled by the vote of confidence from Republican leaders from around the state, and I accept this opportunity to lead the Republican Party of Kentucky. The party is unified and prepared to move our state forward. In 2016, we will do our part to elect a Republican president, support Senator Paul, and take our last bastion of liberalism—the Kentucky State House—and turn it red.”

Brown will bring a business perspective to the party to develop meaningful long-term strategies that continue to capitalize on Kentucky’s changing electorate and the emergence of a growing number of qualified Republican candidates for elected office.

A New Political Landscape in Kentucky

The political alignment in Kentucky has changed significantly since President Obama was first elected seven years ago. Since then, Republican voter registration has grown by over 200,000, nearly nine times as much as Democratic registration. Because of the determined efforts of the party, Republicans have turned this shift into success at the ballot box.

A Changing of the Republican Guard

Outgoing RPK Chairman Steve Robertson served as Chair for the past eight years, during which the party experienced consistent growth and success, capped by the recent election victories in which Republicans won five out of seven state constitutional offices, including the governor’s office.

Robertson remarked, “It has been a privilege to lead the party and watch it grow. Over the last eight years, the party has placed great emphasis on developing its infrastructure and organizational depth, which laid the foundation for the historic wins we saw on election night. I have complete confidence in Mac’s ability to expand on the gains that the Republican Party has steadily secured.”

Republican elected leaders heaped praise on the choice of Brown to be the new Chair, and also congratulated Robertson for his service.

“Congratulations to my good friend Mac Brown on becoming Chairman of the Republican Party of Kentucky. Mac has been an exceptional and talented business leader in our state for many years, and we are fortunate to now have him put those skills to work on behalf of our Party,” said United States Senate Majority Leader Mitch McConnell. “Under the leadership of Mac Brown, our Party is in good hands as we head into the very important 2016 elections.”

“I also want to thank Steve Robertson for leading our Party during the past eight years. Steve has helped us win election after election, has been an invaluable advisor and spokesman, and has worked tirelessly to build the Republican Party of Kentucky. Thank you, Steve, for a job well done,” McConnell continued.
“Congratulations to Mac Brown on being elected the next Chairman of the Republican Party of Kentucky. This is a very exciting time for Republicans, and I am confident Mac will continue the great work our party has done in ensuring strong conservatives are elected to lead Kentucky,” stated United States Senator Rand Paul.
“Mac is an excellent choice for Chairman of the Republican Party of Kentucky. He has the leadership qualities to build upon our recent successes and continue the forward momentum,” said Governor-Elect Matt Bevin. “He will be a great advocate for our positive vision for Kentucky. I am confident he will lead our party well in this new era. I also commend Steve Robertson for a job well done over the last eight years. Under his leadership, our party has grown by embracing Kentucky’s conservative values and capturing the turning political tide in the Commonwealth.”

State Senate President Robert Stivers remarked, “Mac Brown is well-educated on the needs of Kentuckians and I think he is someone who will be very dedicated to creating better jobs and opportunities in this state. He also is a true advocate for bettering education in the Commonwealth and I feel confident in his abilities as the new chairman of the Republican Party of Kentucky.”

“As for Steve Robertson, I would just like to thank him for his service to the party and congratulate him on a gentleman’s job in his time as chairman,” Stivers added. “He has truly moved the needle for Kentucky Republicans and we wish him the best of luck with future endeavors.”

“Steve has been a close personal friend of mine with whom I have worked side by side for several years to bring a new majority to the Kentucky House. Thanks in part to his leadership, we have the highest number of Republicans in the House in nearly 100 years,” said House Republican Floor Leader Jeff Hoover. “His accomplishments this past week in Republicans taking five of the seven statewide constitutional offices have put us on the path to flip the House in 2016. I want to express my utmost respect for the job Steve has done, and wish him well on his next chapter in the Commonwealth.”

Hoover continued, “Mac is an excellent choice to be the next Chair of the Republican Party of Kentucky. He is a proven leader and has been an exceptional supporter of our party and its candidates. I look forward to partnering with him to achieve a new Republican majority in the House in 2016.”

“I would like to congratulate and thank Steve for his dedication to the Republican Party of Kentucky, which has helped set the stage for Governor-Elect Bevin,” said Congressman Hal Rogers. “No question his successor, Mac Brown, will continue a long line of passionate leadership at RPK. The respect he deservedly commands for his business acumen and political savy will serve him—and our party—incredibly well as he undertakes this new role. I join you in welcoming Mac and look forward to working with him.”

“I have no doubt that Mac Brown is the right choice to lead the Republican Party of Kentucky and I congratulate him on being elected the next Chairman. Mac’s accomplished resume speaks for itself, and we will greatly benefit from his leadership, business experience, and commitment to Kentucky and the Republican Party,” said Congressman Ed Whitfield. “I would also like to thank Steve Robertson for his service. Nights like Tuesday would not be possible without the hard work and dedication of individuals like Steve.”

“Steve Robertson is to be commended for his service to the Republican Party of Kentucky, and for overseeing huge victories in the 2014 U.S. Senate Race and 2015 Governor’s race. Steve took over the party during a tough time and has been a stalwart of building toward the ultimate goal of increasing Republican registration and office holders at all levels of government. I am thrilled with the election of Mac Brown as the new Chairman, and look forward to working with him closely on the last piece of the puzzle—winning the Kentucky House of Representatives.”

“I congratulate Mac Brown on his new role as party Chairman. His proven talents and business success will be of great benefit to the Republican Party of Kentucky.”

“Mac Brown is the right person at the right time to be the next Chairman of the Republican Party of Kentucky. He is smart, hardworking, loyal, and committed to our shared values and principles. I look forward to working with him to build upon the success and tremendous growth our party achieved under the direction of Steve Robertson. While I will miss Steve’s leadership, the unprecedented Republican victories achieved on Tuesday are a fitting capstone to his successful tenure.”