A Party Born to Fight Slavery 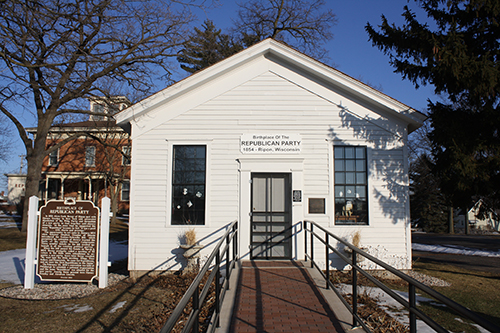 The Grand Old Party (GOP), also known as the Republican Party, was formally organized in July 1854. It was the result of a group of abolitionists, a coalition of "Conscience Whigs" and "Free Soil Democrats" who gathered in a schoolhouse in Wisconsin in March of 1854 to fight expansion of slavery via the Kansas-Nebraska act in 1854. The Kansas-Nebraska Act sought to open the Kansas and Nebraska territories to future admission as slave states.

This act would have repealed the prohibition on slavery in the northern latitudes as established by the Missouri Compromise. The Republican party was committed to the inalienable rights of life, liberty, and the pursuit of happiness and believed in the "Free Soil, Free Labor, Free Men" approach which would give free land in the western territories to farmers rather than slave owners, while supporting the belief that free-market labor was better than slave labor.

The first Republican President, Abraham Lincoln, was elected in 1860. At that time, the party was pro-business, supporting banks, the gold standard, railroads, and tariffs to protect industrial workers and industry and opposing slavery. In 1864 the Republican National Convention called for the end of slavery and the 13th Amendment was passed unanimously by all Congressional Republicans with few supporting Democratic votes.

The Republican symbol of the Elephant originated during the 1860, and was made popular in this Thomas Nast cartoon representing the party's strength: 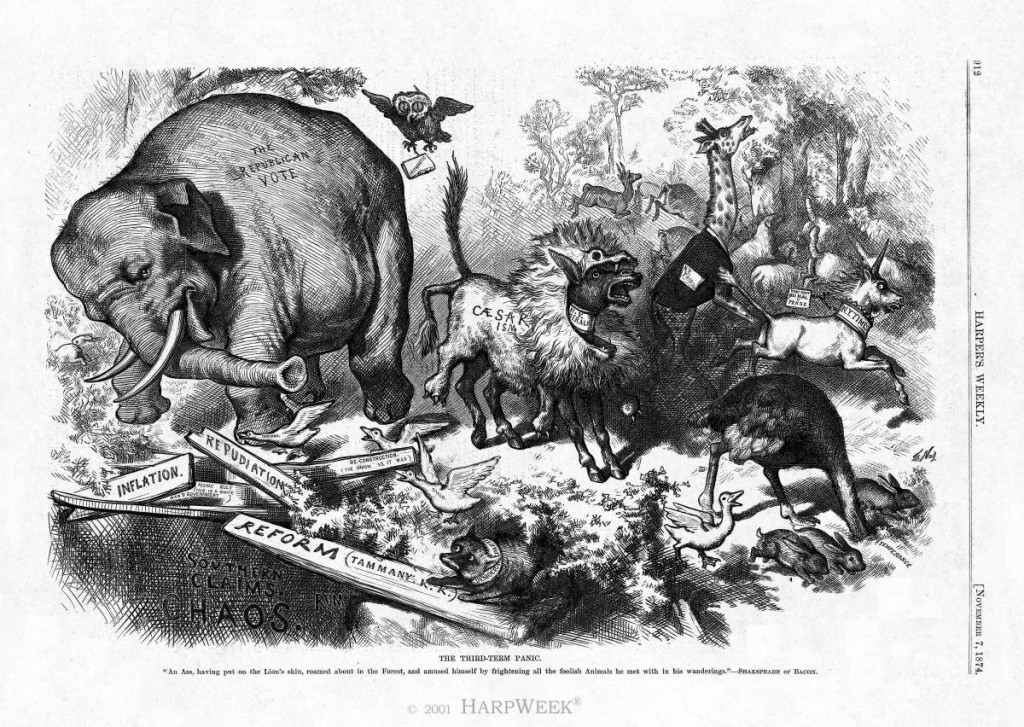 Historically, it was the Republican Party which included minorities, against the protests of Democrats.

In 1869, the Wyoming's Territory, led by a Republican governor, was the first jurisdiction to grant voting rights to women. The 19th Amendment was written by a Republican Senator and was supported more by Republicans than Democrats.

If you would like to learn more about the local GOP, peruse our Boyle County GOP Digital Scrapbook! If you have information you would like to share for us to upload to our local history pages, contact us! We are trying to build a repository for all things Republican here in Boyle County for ourselves and for future generations!